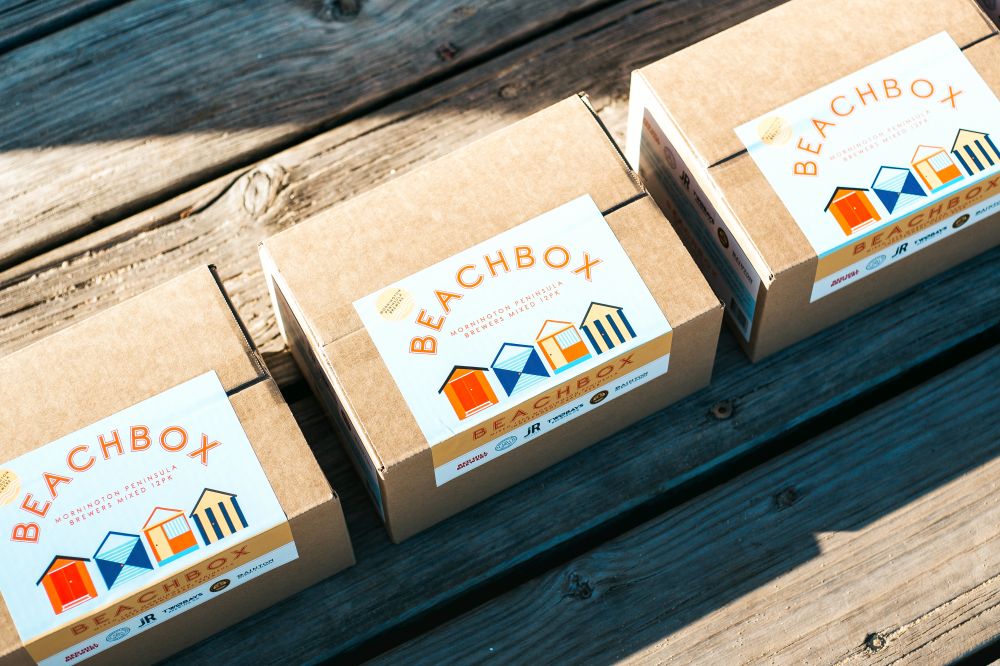 It’s during times of hardship that Australians rally best. And now six mates from  the Mornington Peninsula have put their heads together to get the freshest mix  of locally-brewed beers into the hands of Victorians.

The Mornington Peninsula Brewers’ Beach Box is a mixed 12-pack, with two styles  of beer from each of six independent breweries in the region.

The Beach Box showcases some of the finest beers from this craft liquor hotbed  – all originally brewed within a 25-kilometre radius. It contains brews from the  Peninsula’s oldest craft brewery (Red Hill), to one of its newest (TWØBAYS Brewing  Co), and everything in between, including Jetty Road Brewery, St Andrews Beach Brewery, Mornington Peninsula Brewery and Dainton Brewery.    Beer List  Red Hill Brewery​

Get your Beach Box

A limited run of the mixed 12-pack will be available from all good bottle shops and  liquor outlets on the Mornington Peninsula, including Jetty Road Brewery, Red Hill Brewery and selected Independent stores, Dan Murphy’s, BWS and Ritchies Liquor stores.