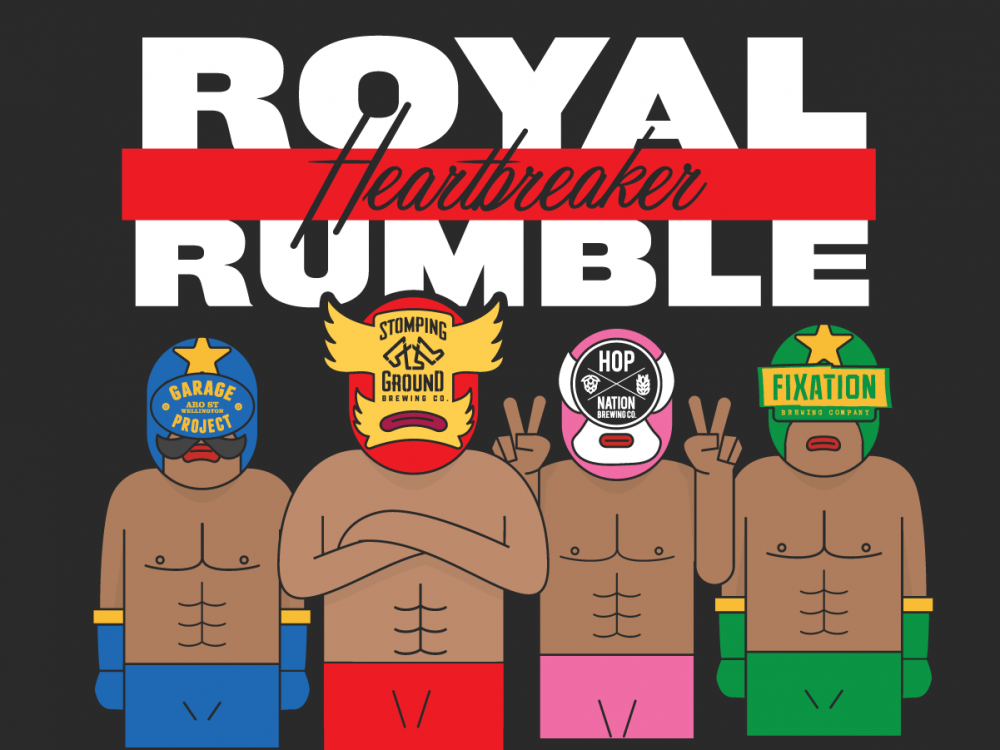 This ain't just a rumble on Russell, it's a Royal Rumble!

Garage Project, St omping Ground, Hop Nation & Fixation hit Heartbreaker on Sunday 17 May with one goal only: to rock you (and also to win)!

With two beers on offer from each brewery, everyone who buys a beer will get to vote for their favourite. But that's not enough to truly crown a champion - each brewery must also compete throughout the night to win points towards the championship belt, including in a Heartbreaker style talent quest.

But that's enough about the competition, what's on tap? Stomping Ground, Fixation and Hop Nation will all be unveiling collaboration beers with Heartbreaker, to answer the question of 'if Heartbreaker was a beer, what would it be?'

Meanwhile our Kiwi mates Garage Project will release a brand new beer never before on tap in Australia!

Who will win? There's only one way to find out - get yourself down to Heartbreaker and watch the Royal Rumble unfold!